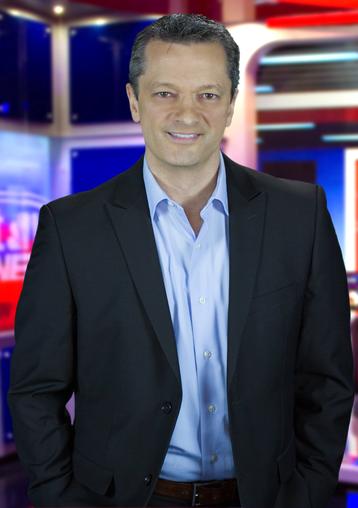 ​Be it in the booth as a play-by-play announcer or in the studio as a network anchor and host, Bill Doleman is a versatile and experienced veteran of the sportscasting business.   Having worked in television and radio for more than 30 years, he recently added to his resume and body of work by venturing into teaching, voiceover, and on-camera talent work for commercials and other projects.

Most recently, Bill has proven his versatility working for the Networks of NBC as play-by-play announcer.  He has had assignments for the Tokyo, Rio and PyeongChang Olympic Games and has called several World Cup and World Championship events on NBCSN and The Olympic Channel.

Bill also worked for Comcast Sports Net Houston, where he was an anchor, host, and play-by-play announcer.  In addition to working the Sports Net Central desk, his primary assignment was to serve as the host of the Emmy-nominated studio shows for the Houston Rockets with popular Hall of Famer Calvin Murphy.   He also was the primary host for College Football Central and one of the hosts for the Houston Astros' pre- and post-game shows.  Among his other areas of concentration were the network's golf and auto racing shows and coverage.

Prior his time at CSN Houston, Bill  worked in Denver where he was a network anchor, host, and announcer for the Mountain West Sports Network (The Mtn.) from April 2008 until May 2012.  He had been part of the network's football, basketball and volleyball play-by-play teams for the two seasons prior to his move from the broadcast booth to the studio.  Before  joining The Mtn. on a full-time basis, he called numerous events for the Mountain West Conference beginning in 2002.

As he has throughout his career, Bill continues to work free-lance as a game announcer and host.  He recently added Fox Sports Oklahoma and Root Sports to his long list of network employers, which includes ESPN, Fox Sports, Big Ten Network, and ABC Sports.  Among the sports he has called include Football, Basketball, Baseball, Volleyball, Wrestling, Gymnastics, Track & Field, Swimming & Diving and Auto Racing.   Of note, Bill was a regular on ESPN’s regional coverage of Big 12 Conference men’s basketball for nearly 15 years and performed extensive work for several other conferences as well.

A former Nebraska Sportscaster of the Year, Doleman worked in his home state with HuskerVision at the University of Nebraska.  His duties there included hosting "The Tom Osborne Show" and other coaches' shows, while writing numerous highlight videos.  He also wrote the essays and text for the photo book, "The Big Red Adventure".

After a stint as the Sports Director at KTBU in Houston, he returned to Nebraska and worked in radio for KFOR as the play-by-play voice of the Lincoln Saltdogs independent professional baseball team.  He later took over as the Program Director of KLMS/ESPN 1480.  Bill turned the low-rated station into "Lincoln's Home for Big Time Sports" and developed and hosted "The Average Joe Sports Show", which combined to revitalize ratings and revenue.  In 2007, he left the radio stations and went to work for the Saltdogs full-time as the Director of Broadcasting and  Media Relations.  It was a position he held until leaving for the network job at The Mtn.

Through it all, Bill has developed a reputation for being a leader and team player, who is well-prepared and easy to work with no matter the network or assignment.