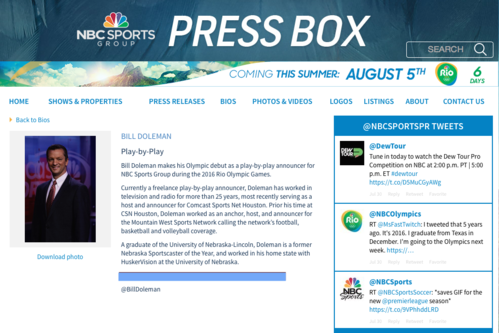 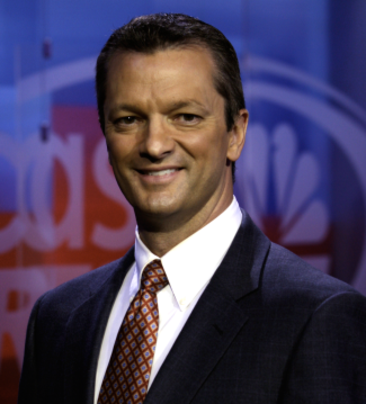 From LinkedIn Profile...Connect with me there!

Announcer for Archery and Taekwondo

Instructor in the Sports Emphasis program teaching play-by-play as well as general broadcast preparation and performance applicable for all disciplines.  Also taught courses in televsion production.

Houston, Texas
Called the play-by-play and hosted coaches shows as part of the station's contract with the University of Houston.

Lincoln, Nebraska
Studio host for numerous HuskerVision productions, including "The Tom Osborne Show" as well as coaches shows for women's basketball and volleyball. Hosted and helped produce "The Husker Show", which featured all sports at the University of Nebraska.

Lincoln, Nebraska
Though my undergrad experience was gained several years ago, it remains the foundation for preparing for each broadcast.  It also gave me background and knowledge of a variety of sports beyond Husker football, which has proven beneficial throughout my career as a play-by-play announcer, host, and anchor.  Working in media relations also gave insight into the balance between working in journalism and promoting a brand and doing so in a professional way.